What A Drag It Is Getting Old 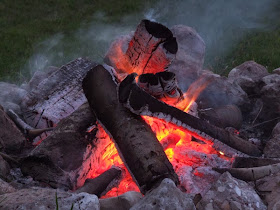 I am generally not a fan of bourbons and ryes aged more than 12-years. When I do like one, it's usually in the sense of "it's pretty good for something that old."

I did a lot of camping in my youth and when a whiskey starts to taste the way I smelled after several days in front of a campfire, it loses me.

Earlier this week, I expressed this view in a somewhat forceful way in a different forum and got a lot of pushback. People who like very old whiskey tend to be passionate and perhaps a bit defensive. So let me be clear. This is about what I like. You may like something different. That's okay.

This is an issue limited to American straight whiskey, bourbon and rye (and Tennessee whiskey too), because the new charred oak barrel imparts so much flavor. Scotch, Irish, Canadian, Japanese and just about every other whiskey species aged in used barrels tend to always get better with age, although there are exceptions.

With scotch, heavy peating might be parallel. It's a very strong flavor that you either love or hate.

Long aging is very risky and expensive for distilleries as so much is lost to evaporation and there is always a question mark as to how what is left will come out. We had a lot of very old whiskey in the recent past because of the post-collapse glut, some good - some not, but distilleries will try to avoid that if they can.

I'd say the 'sweet spot' is 8-12 years and distillers have been bottling more in that range in recent years. For me, it's about balance. I prefer whiskey that has a good balance of all the elements and is not super-heavy in one or another of them.

It's okay to have a different preference.

There's also a bit of a trick involved with very long aging as it's done now (i.e., post-glut). Barrels intended for long aging are put into the lowest and most central warehouse locations; which are cooler, with less temperature variation, and higher humidity. Some producers are experimenting now with very large casks, which might also lend themselves to long aging.

I'm all for offering many different styles, whether I happen to like them all or not.